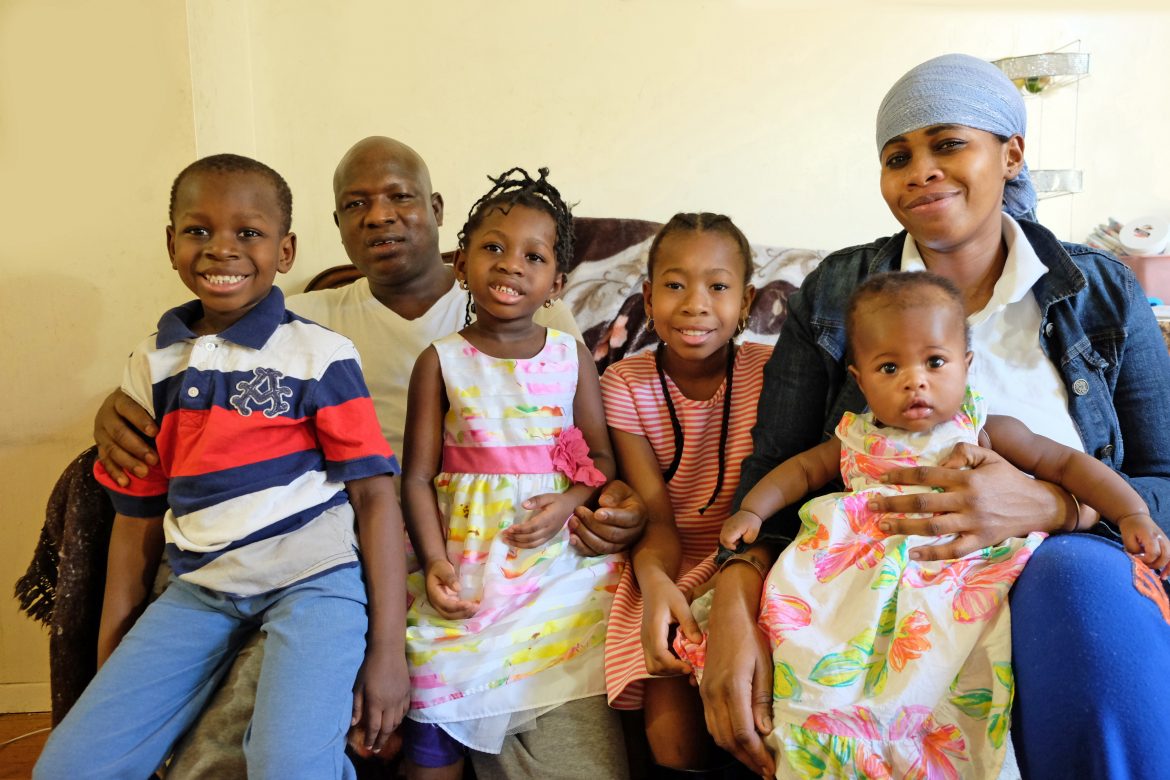 Injuries on the job can result in long-term medical bills and loss of income. Workman’s Compensation for Mr. Dione wasn’t enough to feed his family and pay the rent.

Oumar Dione is a loving husband and father who is inspired by hope for his four children’s future. “My dream,” he says, “is for my children to study and do well, for one of them to become a doctor in this country. For this, we work.”

But in 2011, he sustained serious injuries while repairing a car where he worked. “No one wanted to call the hospital. No one wanted to be responsible. I had to call the ambulance myself.” As a result of that accident, Mr. Dione was forced to leave his job. He had modest savings but these were long gone by the time he was approved for Workers Compensation benefits. However, the monthly benefits of $866 were insufficient to pay the family’s bills. By the time they were referred to The Bridge Fund by BronxWorks, they were facing eviction proceedings with rental arrears of $4,000. If they lost their home, it would be nearly impossible to find another $1,064-a-month apartment anywhere in New York City.

Bridge Fund staff offered budget counseling and arranged for a legal service provider to represent the Diones in Housing Court and have the Human Resources Administration (HRA) increase their shelter allowance. Together, The Bridge Fund, HRA and Mr. Dione paid all the rent needed to settle the Housing Court case and prevent the family’s eviction from their rent-stabilized apartment in The Bronx. The Bridge Fund provided a grant of $874; Mr. Dione contributed $1,017 and HRA paid $2,060 and agreed to cover much of the ongoing rent, ensuring the family’s long-term housing stability.

Today, Mr. Dione, his wife and their four children are feeling extremely grateful to be “living inside and not in the streets.” Even though Mr. Dione still receives physical therapy three times a week for his knees and back pain and suffers from dizziness, he hopes to soon return to work. He remains optimistic that his children will have a better life in this country. “They really like school and all their teachers are good. Thank you, Bridge Fund. Thank you.”