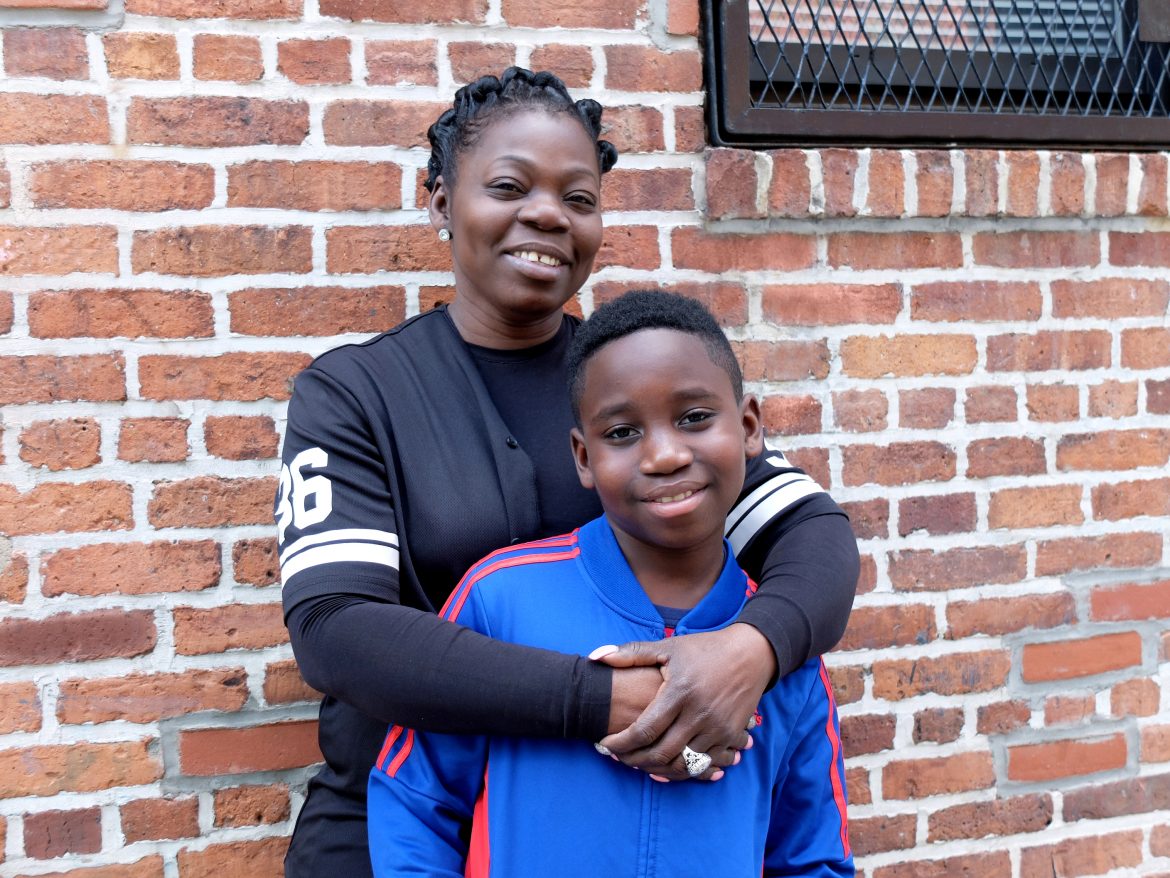 The Bridge Fund and a good attitude keep catastrophic health scares at bay.

Grace Chambers was referred to The Bridge Fund by Catholic Charities. She is the mother of a 10-year-old boy in the fifth grade, who is doing very well, and is looking forward to summer camp. She also has a 26-year-old daughter who is at college in Buffalo. The future is bright for this family, after years of Grace fighting breast cancer. She was diagnosed about 10 years ago, treated, and then had to deal with a recurrence last year. She feels confident about her care at Memorial Sloan Kettering.

Numerous treatments, hospital stays, and doctor visits caused a reduction in her work hours and pay as an accounting assistant. Between the lost earnings and medical bills, Ms. Chambers was able to pay only a portion of her monthly rent. In a few short months, her landlord stopped accepting her partial payments and commenced eviction proceedings in Housing Court.

At the time of her application to The Bridge Fund, she was back to work, netting $2,688 a month. The Bridge Fund was able to help keep the family in their affordable $756-a-month, rent-regulated apartment, providing Ms. Chambers $1,656 in financial assistance. Ms. Chambers contributed $2,885. With these amounts, the rental arrears were paid and the family was prevented from being evicted and becoming homeless. The program also provided a modest utility grant. Today, the family is doing well and is current with their rent obligations.

“The Bridge Fund was very helpful. I am so thankful that they extended the help I needed,” Ms. Chambers said.