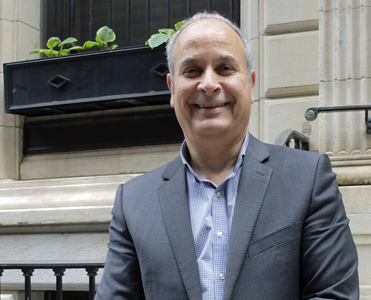 Amir Hayek emigrated to America from Jordan 34 years ago when he was just 23. Today, he lives in a rent-controlled apartment in Corona, Queens, with his wife and four-year-old son. Hayek and his family love their neighborhood, where they can walk to everything they need: subway, shopping and doctors. Before the pandemic, Amir’s son was attending a local pre-K, his wife worked as an administrative assistant at a law firm, and Amir was a self-employed chauffeur, eventually building up a fleet of four cars. He was the classic immigrant entrepreneur: “I came to this country with big dreams to start a business,” he says. “I feel I am very fortunate to be here in the United States, it’s my home now, I’m 57 years old and I have been here longer than I was in Jordan.” His business was growing, the future was bright.

But Amir’s business catered to mostly foreign tourists. When the pandemic hit the tourists disappeared. For more than two years he had no work at all – and his wife’s job was also affected. The rent payment was the first thing to go as they struggled to stay afloat; they went over two years without paying their landlord. Then the eviction law changed, and they knew they could be turned out at any time: “We were looking at being on the street, or in a shelter with a four-year old. To think about it is so scary, it was a nightmare.”

Amir started working with a housing attorney. A federal program paid much of the back rent, but it was not enough. The Bridge Fund stepped in to close the gap and pay the amount they needed to avoid being taken to court, saving their apartment. Hayek says of his Bridge Fund caseworker, “She was an angel who came from the sky for us. If I ever have big money, I will be one of those good people that donate. God bless them, I will never forget this help.”

Besides a cash grant for their arrears, Amir also took advantage of The Bridge Fund’s budget counseling and benefits assessment program. In addition, the family received a $500 food card to tide them over. Hayek says the counseling was “very, very good. It helped me out a lot.” And as for the future: “Business is much better than before,” he says, “almost back to normal. And now I’m optimistic.”
And so are we!